All reviews of 'Great Plains Outfitters' (24) 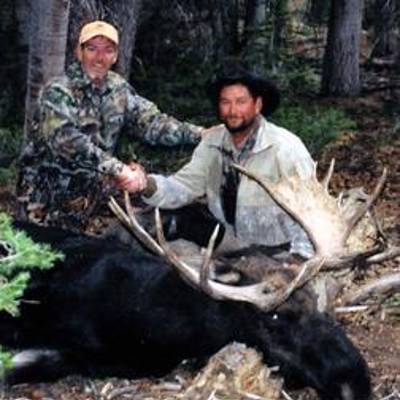 Review score Based on 24 reviews

Dirk and Jen are two of the hardest working guides I've met. They've always gone above and beyond to make sure I'm having the best hunt I can. That doesn't always mean I'm able to harvest an animal but it's never due to lack of hard work by Dirk and Jen or opportunities to get on game. Hunting with GPO is like visiting good friends I only get to see but once a year.

I can't say there was anything I didn't like about the time and experience with GPO. They are 1st class.

Dirk and Jenn are not just really good outfitters they are really good people. This was a father son hunt we put together and considered by us to be a once in a lifetime event. Dirk and Jenn made the trip better than we thought it would be. We both filled our deer and antelope tags with time to spare. They connected us with a meat processor and drove home without having the processing task ahead of us. Great trip.

Everything! The hospitality, food, professionalism of the stalking of the animals, consistently making sure that you comfortable and having a great time! I am disabled with only 10 percent of my heart and Dirk and Jen did a fabulous job making sure that I was ok throughout all of the stalks.

The hunt ended too soon. We really loved our experience with Dirk & Jen. God Bless!

The accommodations were phenomenal we were put up in a very nice house with trout stream in front. Food was excellent. Area we hunted in Big Horns was absolutely beautiful and there were animals there.

After being on a few guided hunts that have been excellent i feel i have a basis to speak from. I understand that we are free range hunting and awesome hunt/awesome experience doesnt necessarily equal kill. The good points were accommodations, food, and Chad our guide worked his butt off. Now for thr but.....this is likely the last "big hunt" i will do with my 72yo father. We had a great time together so our goal was met. My irritation with this outfit wasnt that they didnt put effort out when we were there. As i said Chad worked his butt off. There appeared to have been zero homework done. They obviously hunt the area alot as they knew their way around well. It appeared this somewhat worked against them as there were no cows to be found where they normally hunted 😔. It had tbe appearance that they would go where they always go knock down a couple easy cows and done but the elk didnt read the script. They knew where elk normally are but not where they were or had been in the past week. Obviously a red flag that showed up a bit late ☹. Whether this is how they roll or they simply underestimated an "easy" cow hunt i dont know. We ultimately never saw a huntable cow elk. There was a herd in town in a green field. And we saw 6 on private property otherwise nada.

Great Plains Outfitters outfitter
Hi Donald, I’m sorry you feel like you and your father were shorted on your hunt. Yes, you are correct in saying that we know the area very well. We spent over half the year in the area we were hunting your cow elk and know it like the back of our hand. It is essentially our second home. You pointed out that the cows were not where we thought they should be. Our cow hunts, which was explained to you, are a migrational hunt as they do not let us hunt them on the national forest with that tag. We wanted you and your father to come later in the year when the elk are pushed down where we were hunting. The dates of your hunt were chosen by you and advised against by us but you wanted those dates because you and your father were already going to be out here with a different outfitter hunting antelope. We explained what the cow hunt was and that those dates were not ideal but you still wanted to go through with those dates since they made the most sense to you with being out here already and not wanting to make a second trip. At no point did we ever say this was an “easy” hunt. Wether it be a cow elk hunt or a bull elk hunt, they are still a wild animal living in a very large area. No high fences to be found around here. There is a lot of ground that we could not cover given the health conditions of your party. We can only go where you can go as it does not do us any good to get into the elk without you. We always tell our clients to be in their best physical condition when coming on a hunt because it will add to your chances of success. It sounds like you had a great trip spending time with your father and that’s what we like to do. We sell an experience, not an animal but we do our darndest to help you be successful in filling your tag. On your hunt you talked about all of your high fence hunts and I’m sorry that wasn’t what this hunt was. I hope maybe this year you and your father can find an easier hunt to go on together as family as you know is very important. Once again, I’m sorry that you feel shorted as you did not fill your tags but we did not hide any information and told you everything we would be up against. We were highly successful in our elk hunts in November/December. Hope you and your father are doing well. 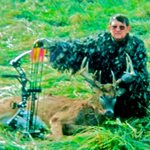 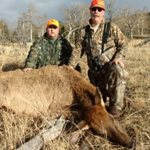 My son and I just completed a hunt for cow elk with Jen and Dirk. The accommodations were fantastic, the food was excellent, and the hunting experience was great. Jake and I both filled our tags on the first day of the hunt in the afternoon. We had to retrieve the meat on the next day due to the late time of the kill. Dirk went out of his way to make that happen, and get permission for us the be on a neighboring land owner's property to get my elk. If you are looking for a great hunt, and an excellent hunting experience Dirk and Jen will provide that for you. We will be hunting with them again in the future !!!!!!!!!

There was nothing that I didn't like about our experience with this outfitter!!!

Very professional and knowledgeable of the area and animals. Accommodations and food were excellent

The people were great

The hunting experience was more than what we could have ever hoped for. Great hunt with super great people and accommodations. Will absolutely being heading back for another hunt.

There was nothing that we didn't like or enjoy minus the weather, but that's no ones fault but mother nature. 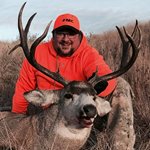 Everything about the hunt start to finish was amazing. Amazing animals in an amazing setting.

Great Plains Outfitters outfitter
Thanks for the great review Jared! We enjoyed you and Jason and hope to see you again soon!
Nathan United States 10.0 of 10
Verified review This review comes from a verified BookYourHunt purchase

Excellent hunt and beautiful country! Dirk and his crew did an awesom job!

Brandon, houndsman and guide, did an excellent job! Brandon, and his dogs were the reason for a successful Mountain Lion hunt! Excellent hunting, great outfit, I will definitely return some day and recommend these guys to any hunter looking for an adventure!

It was all great!

Great Plains Outfitters outfitter
Thanks for the great review Nathan!! You were certainly awesome to have in camp. We truly enjoyed your good attitude, humor and general conversation. Glad you were able to fill your tag and we hope to see you again someday!
Jim United States 3.3 of 10
Verified review This review comes from a verified BookYourHunt purchase

The food was excellent.

First off Dirk and his team Flat out does everything to get it done! The accommodations were great from the food with special requests to the view from the "cabin" (which is a beautiful house not a cabin). My 10 year old son and I went on a mountain lion (for me) / Bobcat (for him) Hunt. Tyler the guide kept him entertained and had him spotting tracks the first day. Unfortunately he came down with the Flu but Dirk even stayed behind with him so that I could continue my hunt. If you have never hunted behind dogs it is amazing to watch they are truly professional. While I did get a very nice cat with a big head the comradery and hunt quality would have me going back alone. I have already started working with them on a hunt for next year. Thanks again guys

Great Plains Outfitters outfitter
Thanks for the great review Shawn! We enjoyed you and Shane, which we hope he is feeling better now! Hopefully you never caught it! Thank you for all the laughs in camp, you both were fun to have around and we sure appreciated you!! Can’t wait for the next hunt!
Jordan Canada 10.0 of 10
Verified review This review comes from a verified BookYourHunt purchase

Booked a last minute turkey hunt with Dirk and what a great time,highly recommended.Very friendly environment and great hunting!

Hunt of a life time

Hunting with dirk and Jennifer was amazining ! Not only was the hunting great but Dirk and Jennifer are the best outfitters in Wyoming . Very family oriented business and Dirk himself is a second generation outfitter . Every expectation I had was exceeded and I will be coming back to hunt with dirk every year . Don’t waste your time paying way to much for a unfriendly inexperienced guide . Dirk and Jen give you the best bang for the hunt every time !

Great hospitality. Very friendly and knowledgeable of the area. We had a great time and would highly recommend them. We plan to go back next year for Prairie dogs and hopefully a big game hunt.

Dirk was everything I expected a guide to be and helped us to make our days and nites the best for two days we had booked. I was happy with the hotel room he recommended and the limiting factor for prairie dogs was how hot I wanted my rifle to get before I changed to another

Everything exceeded our expectations

This was my second hunt with GPO, every time we come it is such a wonderful experience. This was also my first big game hunt solo. I was very nervous however they were so welcoming and assisted me in many ways to be able to get my pronghorn. I love the welcoming feel that they provided, great food, atmosphere, lodging and overall experience. I highly recommend GPO they are a great company to go with either on your first hunt or your 100 hunt! Can’t wait to book with them again and go on another adventure!

nothing everything was perfect!

All of the accommodations were top notch! Dirk and Jen made us feel like we were right at home. Great knowledge of the area And well trained hounds to make the hunt smooth! 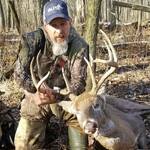 Dirk was an awesome guy. Property was very nice and we had an absolute ball. Dirk was very attentive but also left us space to just enjoy the experience. This was a trip my son and I won't forget. I am planning on booking several more trips with Dirk for several different game types. Book with him and enjoy

Review score Based on 24 reviews