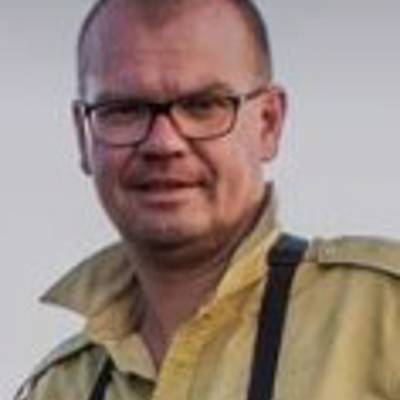 Who is offering this hunt Once you start a conversation regarding this hunt the outfitter name will be provided Uganda
10.0 of 10

10.0
Based on 1 review
Contact outfitter
What dates are available?
When is the best time to hunt?
Can you send me a reference list?
…

Our company was established in 2005 and operates in 4 territories.

Contact outfitter
US$ 26,000
This price includes:
Daily rate for 12 days
1 hunter
Trophy is NOT included. Please select species from the price list to see the final price.
See full price list Select dates and species
Select dates and other parameters of your hunt and make a reservation.
Membership of associations

1 HUNTER x 1 PROFESSIONAL HUNTER HUNTING AREAS: 12 days – 10 days hunting BUFFALO: Maximum 2 per hunter 1. KAFU RIVER BASIN: This stretches along Lake Kyoga, Kafu & Mayanja Rivers and covers the six districts of Nakaseke, Nakasongola, Kiboga, Kyankwanzi, Kiryandongo and Masindi covering about 1,800,000 hectares. The landscape in Kafu consists mainly of Papyrus swamps and dense bush thickets making it a prime hunting ground for the East African Sitatunga, East African Bush Duiker, Eastern Bohor Reedbuck, Nile Bushbuck East African, Uganda Defassa Waterbuck, Leopard, Common Oribi and Bush Pig. We hunt in Kafu from January to December. 2. ASWA LOLIM RANCHES: The former Aswa Lolim Wildlife Reserve was degazetted under Idi Amin in the 70s. It covers the sub-counties of Purongo, Alero, Anaka and Koch-Goma. Although many commercial farmers have settled in this prime hunting ground, it is still realistic to get Nile Buffalo, Uganda Kob, Hartebeest, Waterbuck, Oribi and warthog. Aswa Lolim lies on the eastern side of the Nile. It covers 125,000 hectares and share a 110 km direct border with Murchison Falls National Park in the South and about 78 km with the Nile in the West. The landscape is dominated by light rolling grass hills with palm trees, small valleys with creeks and light forest. Near the river you ﬁnd dense forests and large stretches of papyrus swamps. We hunt in Aswa-Lolim from January to end of April/May. 3. KARAMOJA: Stretching over 1.2 million hectares from Kidepo National Park all the way to Central Karamoja. They include 5 Districts (Kitgum, Agago, Kaabong, Kotido and Abim) and are rich in Buffalo, Jackson’s Hartebeest, Oribi, Eastern Bohor Reedbuck, Chandler’s Mountain Reedbuck, Gunther’s Dik Dik, East African Defassa Waterbuck and Warthog. Due to increased anti-poaching, lesser and greater Kudu are as well spotted more frequently.

Your lodging in the ﬁeld will be either in traditional East African safari tents (Kafu Blocks & Karamoja) or traditional grass thatched tented bungalows (Mayanja Lodge) serviced for by trained staff. Our ﬁeld cooks provide three solid meals (breakfast, lunch, dinner) per day. The cooking in our restaurant samples different kitchens such as Indian, African, German, Italian and Chinese. All our camps & lodges are semi-permanent structures equipped with 24/7 power supply and satellite internet. The internet can only be used for emails and Skype calls.

Our Professional Hunter will meet and drop you off at Entebbe International Airport.

Distance from airport: Varies depending on concession

Can't get back quick enough