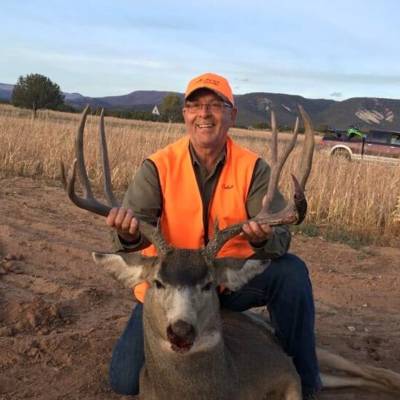 8.0
Based on 8 reviews
Response rate: 100 % Response time: within a day
Contact outfitter
What dates are available?
When is the best time to hunt?
Can you send me a reference list?
…

Our company was established in 2017 and operates in 1 territory.

Contact outfitter
US$ 4,250
This price includes:
Daily rate for 5 days
1 hunter
Elk
See package details Select dates of your trip
Select dates and other parameters of your hunt and make a reservation.

This is a traditional public land elk hunt in the Grand Mesa National Forest in unit 421 in west central Colorado. This hunt includes meals and has a nice tent camp for accommodations. The camp is located 5 miles from the trailhead accessed by SXS and ATV, clients leave their vehicles at trailhead. The area has a pretty good number of resident elk. We have an extensive knowledge of this area and that translates to higher than normal public land success. The permit area that we outfit in has some remote and rugged areas and some areas not far from camp that are really good to hunt. Over the last 4 years, we are 65% on shot opportunity for elk. We pride ourselves on knowing the area and where to focus your hunt. We do our best to make your hunt the best experience it can be. This is a fun camp with lots of memories made. We work hard to put you on elk and be successful. We do usually only take 4 clients per week. IMPORTANT FOR 2023 Hunts, we have been made aware that these hunts for archery elk will be draw for the 2023 season. We understand from CPW that everyone who applies the first year will get an archery elk tag, but they may not be either sex anymore. We won't know until mid-January 2023 what they exactly will look like. This happened to us in another area we offer DIY hunts, and it was a very good thing, although you have to plan earlier and go through the draw it means less hunter numbers and less pressure on animals. Colorado Outfitters License #2957 GMU 421 $4250 per person for 2-1, Guided $5000 per person for 1-1, Guided

This is a public land area we are permitted to guide big game hunts on.

Clients will receive exact driving instructions after hunt is book.

Transfer from airport: No

Did not live up to what was described. Tent was horrible.

One of the other hunters was a good cook or we would have had an even worse time.

Dusty Veatch said he would guide us personnally. Instead, we got a very inexperienced guide. We would have been better off on our own.

Rough Canyon Outfitters outfitter
Wow. This is an interesting review. Doug shot an elk the second day. Never brought any of these concerns to the head guide of the camp during the hunt as instructed to in our pre hunt meeting by me. Was never promised that I would personally guide him. I had planned to be in the camp but a last minute emergency put me in another. I will say that the weather did effect this hunt a bit but 2 of the 6 were successful and 3 of the other 4 had a missed opportunity. This is a situation of a client trying to guide the guide and do things his way. I even spoke with Doug after the hunt and never was told of his displeasure of the hunt. Others in the camp booked back for 2023.
Mike United States
9.3 of 10
Verified review This review comes from a verified BookYourHunt purchase

This hunt was exactly as discussed. The only problem we had was the elk were not bugling yet, and that makes it tough for an archery hunt. However, this is certainly no reflection of how hard the outfitter worked at trying to get us on bulls.

This hunt was what he said it was. A camp with what you need for an Elk Hunt. A chunk of private that camp sits on adjacent to plenty of public land to get out with a pack on your back and put some miles on your boots. We found some to play the game with and had a great time.